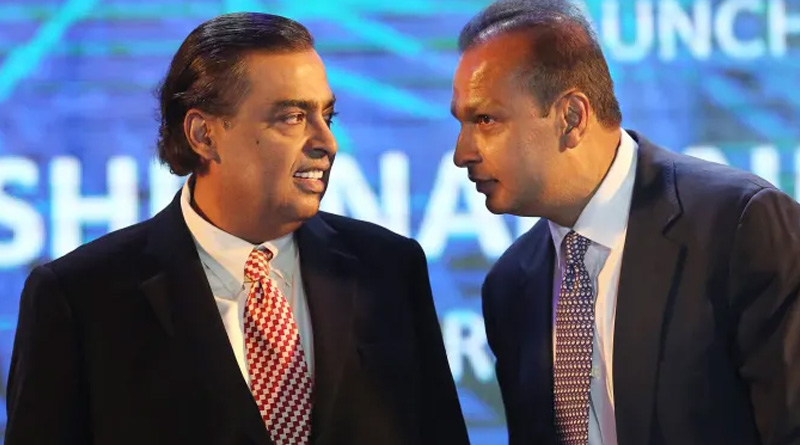 News Daily Digital Desk: The Ambanis lost face in a two-decade-old case. SEBI has fined Mukesh and Anil Ambani’s company Tk 25 crore for misappropriation of property. While this number may seem insignificant in terms of Ambani assets, SEBI’s decision could be a business blow for the Ambanis.

There were many old allegations against the two groups of Ambanis, Dhirubhai Ambani did not follow government rules in several cases while sharing property. The affidavit regarding the transfer of property was not released in time. SEBI has filed a 75-page report against Mukesh Ambani, Nita Ambani, Anil Ambani, Tina Ambani, KD Ambani and other family members. A total of Tk 25 crore has been fined against the Ambanis.

Incidentally, after Dhirubhai Ambani’s empire split in two, the business of Mukesh Ambani and Anil Ambani went in a completely different direction. Mukesh Ambani is the richest man in the country at the moment. His net worth is. 84.5 billion, which is about Rs 8 lakh 25 thousand crore in Indian currency. Incidentally, Ambani is the richest man not only in the country but also in Asia. About 6 percent of the country’s exports are through his company Reliance. They are the biggest exporters in the country. Reliance pays 5 per cent of India’s total revenue from customs and excise duties.

Anil, on the other hand, is bankrupt at the moment. As the saying goes, no one is equal forever! This proverb applies perfectly to the case of Anil Ambani. Who was once the sixth richest person in the world. His bankruptcy is back today. All companies are closed. All earning roads are also closed. SBI has identified the bank accounts of his three companies Reliance Communications, Reliance Telecom and Reliance Infratel as ‘fraud’ in the Delhi High Court. The situation is so dire that he has to sell his jewelry to pay for the little lawyer. He will have to work hard to pay this small fine.