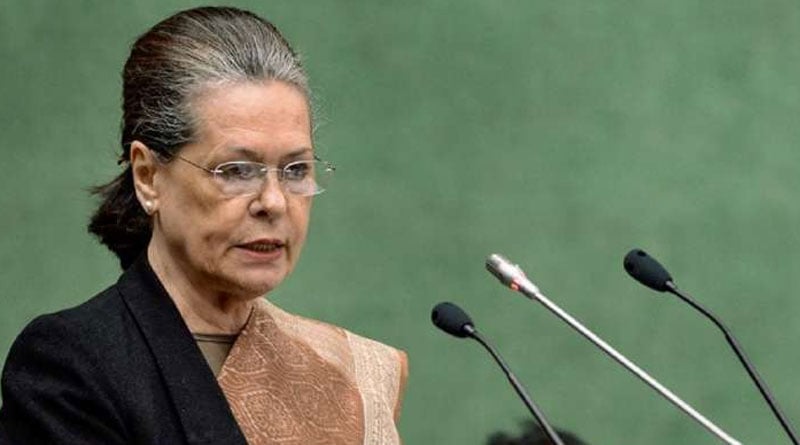 News Daily Digital Desk: The Coronavirus situation is getting worse in the country. In this situation, the country has seen elections in five states, including West Bengal. In the rest of the states, the polls are over, but there are still several points left in West Bengal. Is the growing campaign crowd becoming one of the factors in the growing corona graph? This question has been raised before. On Saturday, the issue came up directly in the mouth of the interim president of the Congress, Sonia Gandhi. The veteran leader said all political parties should take responsibility for this. Their party will be in the Congress!

In this way, Sonia was seen criticizing herself in a virtual meeting with the chief ministers of all the Congress-ruled states. He also slammed the Modi government’s ‘failure’ to tackle coronation in the country. In his words, “The Modi government has failed to deal with the cowardly situation. As a result of their export of vaccines, there has been a shortage of vaccines in the country. However, we are all more or less responsible for the way corona has increased in the country due to the gathering of election meetings and religious ceremonies. We all have to take this responsibility. And we have to put the country above our own interests. ”

It is to be noted that the number of daily corona attacks in the country had crossed the one lakh mark a week and a half ago. This time the number is moving towards one and a half lakh. In the last 24 hours alone, 1 lakh 45 thousand have been affected in the country. The death toll has also set a record. At the same time, active cases are also increasing by leaps and bounds. In this situation, the government is also giving immense importance to vaccination. But in many states, including Maharashtra and Delhi, there has been a shortage of corona vaccines. There is not enough supply. However, the Center has dismissed such allegations.