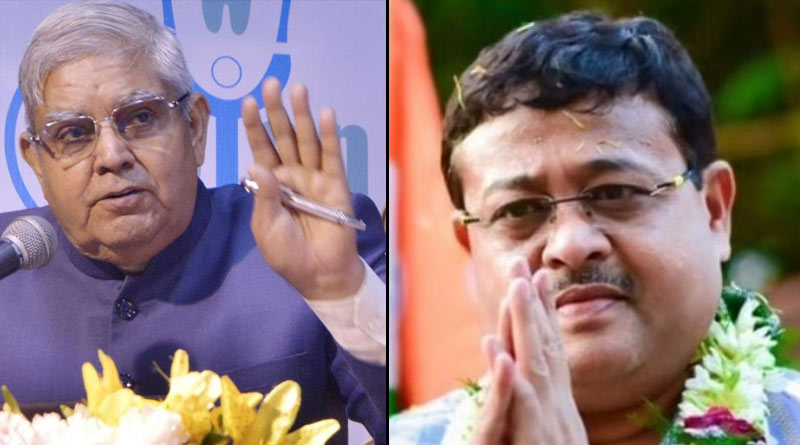 Published by: Sucheta Sengupta | Posted: April 20, 2021 5:44 pm | Updated: April 20, 2021 6:11 pm Ranjan Mohapatra, Kanthi: Coronavirus bites are on the rise in the midst of Assembly elections in the state. Panic is also growing. Dibyandu Adhikari, a Trinamool MP from Tamluk, is worried about the rising incidence of corona in East Midnapore district. He has approached the governor to take necessary steps to deal with the situation. The MP wrote a letter to Governor Jagdeep Dhankhar. He also said that immediate action will be taken. Even after the vote, his service to the people has not stopped, it has increased. Ignoring the panic, Kovid sometimes runs to Haldia, sometimes to Tamlu, and recruits the victims. Divyendu Adhikari is treating the infected at Baroma Hospital in his office in Kanthi. So he understands the real situation best. In a letter to the governor, Corona detailed the situation in the district. However, the question has arisen, why he did not ask the Trinamool leader and the Chief Minister for action, but directly informed the Governor and asked him to intervene? Divyendu replied, “Now the election is going on. The administrative power of the government in the state is very limited. The constitutional head is the governor. The Chief Secretary himself is holding a meeting in Navanne and is reporting to the Governor. That is why I have written a letter to the constitutional head informing the people of the district. ”

Like the political circles, the main reason for so much criticism of this letter from the grassroots MPs of Tamluk is the joining of his grandfather Shuvendu Adhikari to the BJP. The Trinamool has already called Governor Jagdeep Dhankar the ‘representative of the Center’ and called him ‘Padmapal’, which the BJP strongly objected to. However, Trinamool leaders have ridiculed Divyendu’s letter to Gerua Shibir as a letter from Tamluk MPs. And Divyendu says, “Working for people, not a message to anyone. I will request whoever I feel like to serve the common people. Because, it is these ordinary people who have given me the responsibility to win the election. So a letter for the people. ”