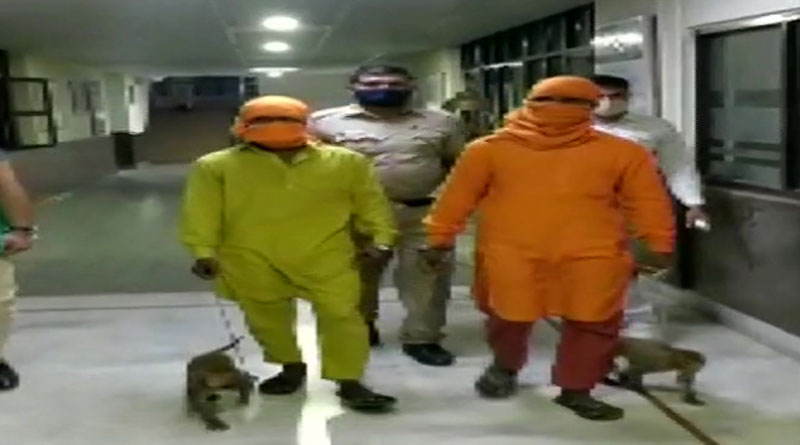 News Daily Digital Desk: Monkey, the companion of robbery! Delhi witnessed such a strange incident. Two young men have been arrested on charges of snatching two trained monkeys. Police caught them from the Chirag bus stand in Delhi. A week ago, the police first came to know about such a bizarre crime. Eventually the success of the match. The two monkeys were sent to the Wildlife SOS Center.

According to police sources, another person was involved in the scam. However, he could not be caught. Police have started searching for the fugitive accused. The first complaint was lodged in their name on March 2. A lawyer complained to the police that the accused had surrounded him with a monkey and snatched Tk 8,000. The lawyer said the three surrounded him as he was riding in an auto rickshaw. The monkeys also came and sat in front of him. After threatening the accused, they rushed to take out his wallet.

How did the police get the fake? It is known that there was news beforehand. The police were hiding at the Chirag bus stand like that. Only then did the accused realize the opportunity and were arrested. According to cross-examination, the accused had caught the monkeys three months ago from the jungle in Delhi’s Tughlaqabad fort area. Then with their training they are made for robbery.