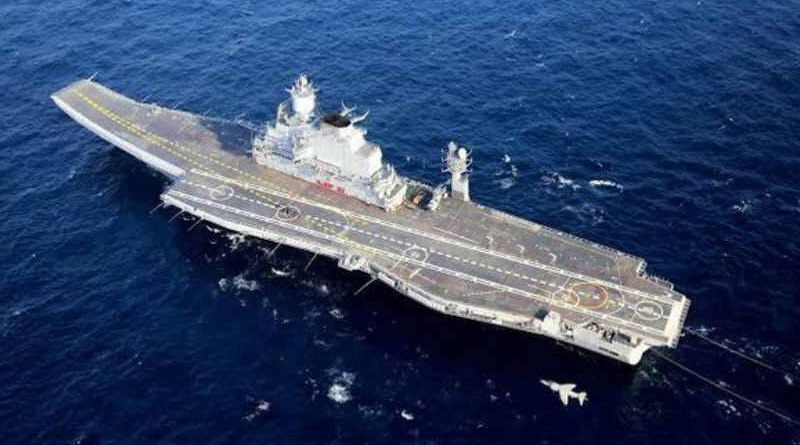 News Daily Digital Desk: Despite entering India’s special economic zone, the US warship did not disturb the peace and security. The United States said in a statement. The Pentagon’s press secretary, John K. Firby, said the USS John Paul Jones warship had made an “innocent passage” in Maldivian waters. Informed quarters find their remarks significant enough given India’s tough stance.

On April 6, it was reported that a US Seventh Fleet warship had entered 130 nautical miles west of Lakshadweep without permission from New Delhi. It falls within the Special Economic Zone of India. The commotion began when US warships entered the area without permission. The Foreign Ministry issued a statement as soon as the incident came to light. According to UN policy, warships of other countries cannot conduct military exercises in any country’s special economic zone without permission. India adheres to this policy. The State Department added: “USS John Paul Jones warships were seen entering the Strait of Malacca from the Persian Gulf. This area is a special economic zone of India. The United States has been informed at the diplomatic level. “

At the time, the United States claimed that the ship had entered its own economic zone west of Lakshadweep about 130 nautical miles, exercising its naval rights and freedoms. For which permission was not obtained in accordance with international law. Permission must be obtained in advance to conduct military exercises in India’s own economic zone. But this rule does not apply in international law. We continue this kind of independent operation (Freedom of Navigation) with the Navy. I have done it in the past and will continue to do so in the future. ”

According to international maritime protection law, the waters of any country extend from the coast to 12 nautical miles of sea. However, UN maritime law states that a country has the right to conduct economic activities up to 200 nautical miles from the coast. This area is called ‘own economic zone’. India has signed the UN Act. But America did not sign it. The United States has said its navy did not violate any rules. The Pentagon’s press secretary, John Kirby, said on Monday that the warship had made “innocent passages” in Maldivian waters. What is this innocent passage? The ship did not disturb the security and peace of the coastal country while passing through any waters. In other words, no military exercise was conducted in that waters.