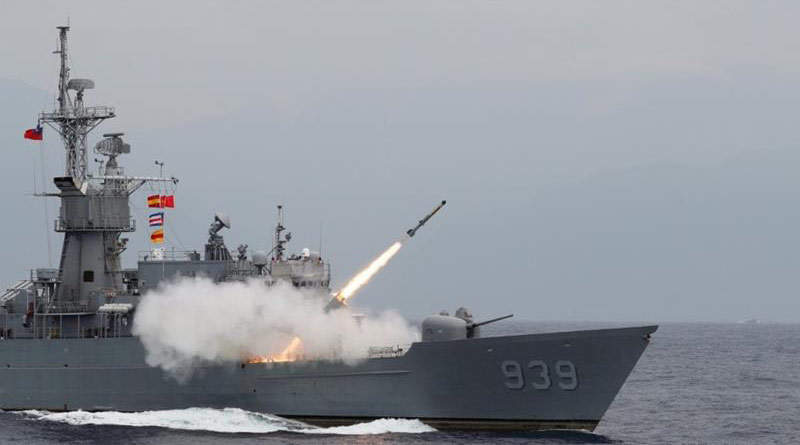 News Daily Digital Desk: The United States has stepped up pressure on China to take new steps with Taiwan. This time, Washington opened the door for meetings and discussions with the diplomats and bureaucrats of the island nation.

“We have issued new guidelines on relations with Taiwan,” State Department spokesman Ned Price said Friday. As a result, the road to dialogue with the country’s diplomats will be wider. Although the relationship between the two countries is not officially recognized. This new initiative will strengthen our relationship. ” In fact, a few days ago, Washington voiced its protest against Beijing’s aggressive policy against the Philippines and Taiwan. Ned Price, a spokesman for the US State Department, said in a statement that the United States would stand by the friendly country in the event of an attack on the Philippine military, ship or aircraft. In the event of an attack on the Philippines in the Pacific or the South China Sea, the US military will retaliate against its opponents in accordance with the defense agreement. ” “Both the Philippines and the United States are concerned about the presence of Chinese militias near the Whiteson Reef,” Price said, adding that his threat was directed at China. Similarly, Price said they have a responsibility to protect Taiwan socio-economically. Taiwan’s Defense Ministry has alleged that 15 Chinese planes, including 12 warplanes, recently entered its airspace without permission.

Recently, a top US military official claimed that China would launch an offensive to occupy Taiwan within six years. Admiral Philip Davidson, the US military chief for the Asia-Pacific region, said: “By 2050, China wants to have the power to challenge US leadership on the international stage. They do not mean international law in that sense. I am concerned about this. I think China will attack to occupy Taiwan in the next six years. “