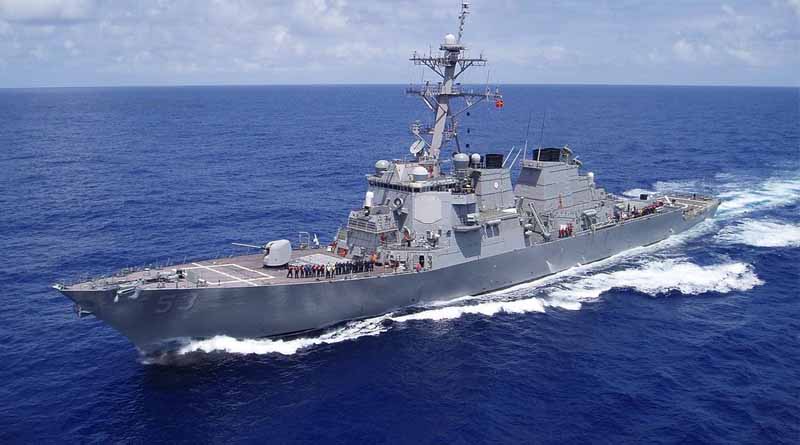 News Daily Digital Desk: As India-US military cooperation took on another dimension, news broke. U.S. warships entered Lakshadweep without permission. A statement from the US Navy said: Many feel that this is a practical challenge to India’s rules on special economic zones. However, there has been no official response from India on the whole issue.

One Indo-US military exercise after another in the midst of China’s eyeballs, military transactions were strengthening India’s position in Asia. India is conducting naval exercises in alliance not only with the United States but also with several countries in Europe and Japan and Australia. But in the meantime, news came that the USS John Paul Jones of the US Seventh Fleet had entered 130 nautical miles west of Lakshadweep. It falls within the Special Economic Zone of India. The US warship has entered the area without permission.

An Indian Navy official said India’s special economic zone near Lakshadweep falls within much of international waters. The Chinese navy entered the area but was chased out by the Indian navy. There are rules for obtaining permission before any ship carrying military equipment from any country, including India, enters the region. But America did not accept it. The United States has said in a statement that it will re-enter the country. Which is quite inconsistent between the current diplomatic relations. Now let’s see what message is given on behalf of India.