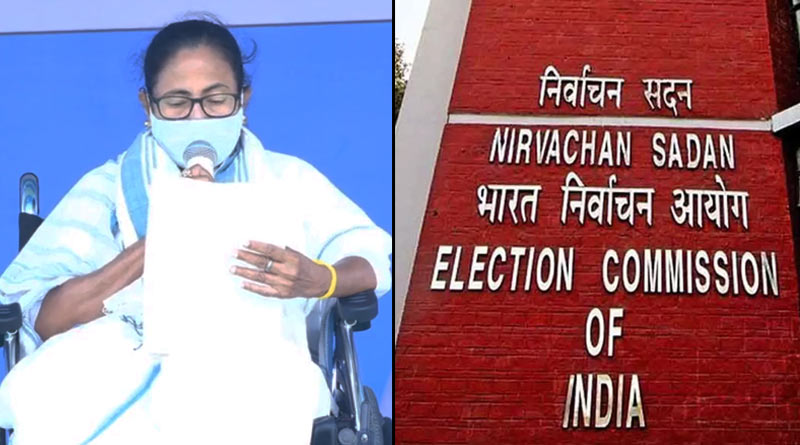 Shahzad Hossain, Farakka: The Election Commission has fixed May 13, the day when Eid is most likely to take place, on the same day in Samsherganj and Jangipur, two centers in Murshidabad. The locals have already expressed their displeasure over this. This time Mamata Banerjee’s (Mamata Banerjee) voice was heard in the throat of dissatisfaction. The CPM and the Congress have even written a letter requesting the day to be postponed. The Trinamool leader assured the state at a press conference on Monday about the Kovid situation. That is where the issue of elections in the two centers came up. Many people from the minority community are angry that their election day has been set. Some are also threatening to boycott the vote on social media. Dissatisfied with this, Mamata said, “The Election Commission must also have a calendar. Tell me what else to say. But we will give a letter in this regard. Not now. A letter will be given to the commission in time. ”

Elections were to be held on April 26, i.e. in the seventh phase in Samsherganj constituency. But on April 15, Congress candidate Rezaul Haque passed away in Corona. The election of Samsherganj center has to be canceled in accordance with the rules on the death of the Congress candidate. On the other hand, the Jangipur center was also scheduled to go to polls on April 28. Don’t put your hand in this center either. Pradeep Nandir, a candidate of the United Front of the Center and secretary of the RSP local committee, died on April 17. As usual, the voting has to be postponed in that center also. On Monday, the commission said in two separate statements that elections would be held on May 13 in those two centers. The counting of votes will take place on May 18. However, with the announcement of West Bengal Assembly Election 2021, some locals have expressed their anger against the commission. Where mentioned, May 13 is likely to be Eid. And there is a majority of minorities in this area. As a result, many people will not be able to come to vote on that day due to their busy schedule. Therefore, a new day should be announced instead of the election day. The last date for nomination has also been changed. Adhir Chowdhury has requested the Congress to postpone the day. A letter has also been issued on behalf of the CPM. Meanwhile, High Court lawyer Mofakkerul Islam has also raised his voice against the commission. Trinamool Youth Congress general secretary and Samsherganj Trinamool candidate Amirul Islam has also written a letter to the commission seeking change of days. Murshidabad CPM district committee member Mohammad Azad also expressed anger against the commission.