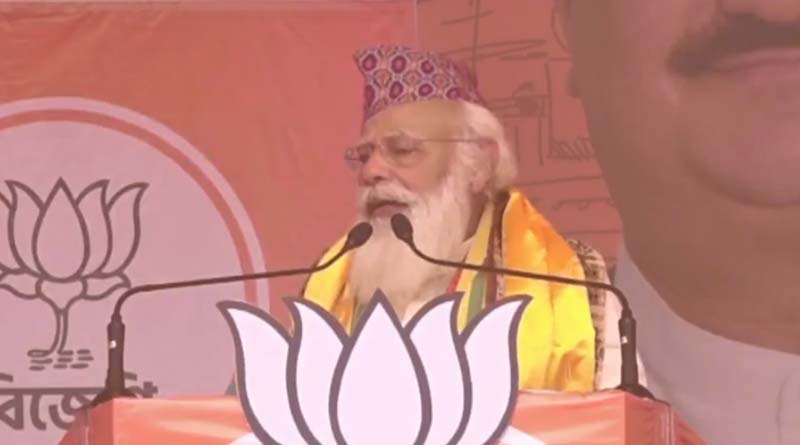 News Daily Digital Desk: The soil of Bengal was bloody on the day of the fourth round of elections. Four people were shot dead by Central Army personnel in Kochbihar. Prime Minister Narendra Modi strongly condemned the incident on Saturday morning. He said, “It is a very sad incident. I have sympathy for the families of the dead. I will request the Election Commission to investigate. ” The blame for this tragic incident fell on the shoulders of the grassroots.

The BJP’s heavyweight campaigner held a meeting in Siliguri on Saturday. He lamented the Kochbihar incident after criticizing the Trinamool government from that meeting. He said, “It is a very sad incident. Condolences to the families of the victims. ” After that, he blamed the Trinamool for the incident and said, “Seeing the support of the people for the BJP, the Trinamool and its thugs are scared. That is why they are doing this. ” After this, the BJP’s star campaigner warned the ruling party of the state, “Trinamool arbitrariness will not continue in Bengal.” At the same time, he has requested the commission to punish the culprits in the Kochbihar incident.

“The Trinamool leader is teaching us how to attack the central forces,” Modi said from today’s meeting. But remember, Didi, this violence will not save you. The departure of the grassroots is imminent. ” Complaining that the central forces are being intimidated by thugs, the BJP’s star campaigner said, “They (Central Army jawans) are not afraid of militants, they are not afraid of huge challenges, do you think they will be intimidated by thugs?”

The Prime Minister sharply criticized the eviction remarks of Tourism Minister Gautam Deb in the state from today’s meeting. A few days ago a video went viral. It shows, “Don’t do BJP-BJP here. This place is official, stay here. We will do whatever help is needed from the government. And if you oppose us, we will oust you from this place. I will give Gautam. I do what I say. I have all the reports. Don’t show me all those monks and nuns. I myself am a monk. Don’t do BJP. All grassroots must vote. I will not listen to anything. ” Criticizing the remarks, he said, “Can any minister of state do such a thing? Can I do this even if I become the Prime Minister? This cannot happen in any democratic process. ”