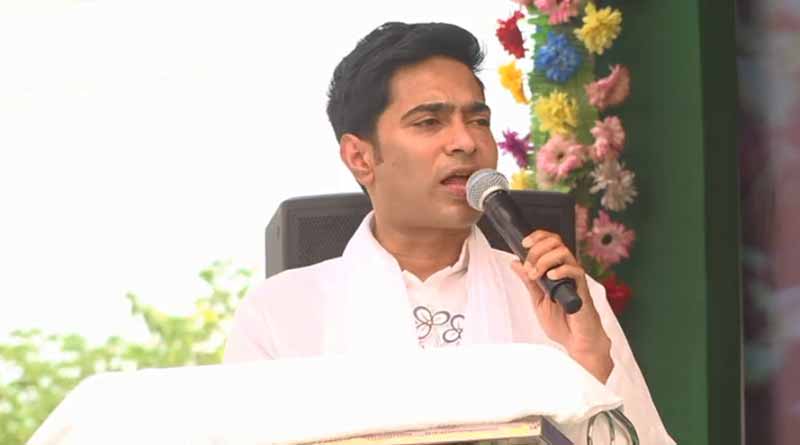 Published by: Paramita Paul | Posted: April 21, 2021 2:21 pm | Updated: April 21, 2021 3:44 pm News Daily Digital Desk: Five points passed. There are still three rounds of elections in Bengal (WB Assembly Polls 2021). Before that, all the political parties have taken the last-minute campaign by storm. From that campaign, young Trinamool president Abhishek Banerjee fired at the BJP with ‘temple politics’. Highlighting the statistics, he quipped, “They do temple-mosque politics. And Mamata Banerjee has done politics of infrastructure and development. Bengal is reaping its benefits. ”On Wednesday, Abhishek went to campaign for Narendranath Chakraborty, the Trinamool candidate for the Pandabeshwar Assembly in West Burdwan. From that meeting, he also slammed the leaders and workers who had changed parties. At the same time, the Trinamool youth president blamed the central government for the situation in the country.

In Abhishek’s words, “In Madhya Pradesh-Uttar Pradesh-Gujarat, bodies are being cremated one hand away. The Corona situation is deteriorating. One of the reasons for this is that they (BJP) have been in power in all these states for many years. There they have done temple-mosque politics. ” Gerua went to attack the camp and brought up statistics. Diamond Harbor MPs claim, “Gujarat has a population of 60 million and 18,000 hospital beds. But the population of Bengal is 10 crores. And here the number of hospital beds has been more than 1 lakh 10 thousand. They (BJP) have built temples and mosques. And Mamata Banerjee has built and developed health infrastructure in the state. ” Abhishek also condemned the Central Election Commission (CEC) for holding eight rounds of elections amid growing Kovid infection. In his words, “Mamata Banerjee wrote a letter to the commission. Said, applied for a three-point vote together. So that the meeting-committee is less, people go out less in the streets. But the commission did not listen to that request. Because BJP does not want a one-time vote. They are doing politics in exchange for people’s lives. ”