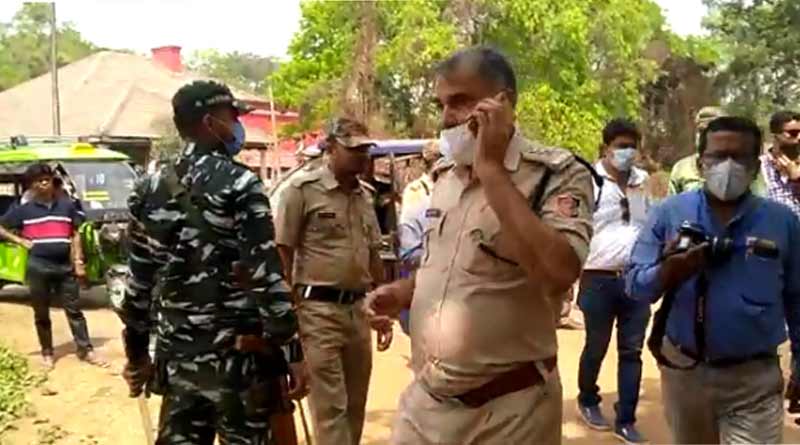 Published by: Tiyasha Sarkar | Posted: April 23, 2021 8:46 am | Updated: April 23, 2021 8:46 am File photo. News Daily Digital Desk: The allegations against the police in Baghdad during the sixth round of voting are true, the Election Commission (EC) said. However, like Shitalkuchi, he claimed that the police were forced to shoot in self-defense. According to the commission, the protesters had sharp weapons in their hands. Trinamool and BJP activists clashed in the morning. The police brought the situation under control after trying for some time. Later in the afternoon, new tensions spread in the area. Police were accused of attacking the BJP’s camp office at the Baghdad battlefield. It is alleged that the baton was charged without any reason. Police reportedly fired 10 rounds at BJP workers. Several people were injured. The police were attacked in retaliation. Several policemen were seriously injured. The uniform is torn. Central forces called Maidan to bring the situation under control. The commission immediately called for a report on the incident.

However, the commission claimed that more than a hundred activists of a political party attacked the sector office on that day. A huge police force led by OC went there. At that time, the agitated crowd rained bricks on the police. Each of them had a sharp weapon in his hand. That is why the police were forced to shoot. Although the commission said not 10 rounds, 3 rounds were fired in Baghdad. One person was shot. It may be mentioned that 4 people were killed in the firing of the central forces in Shitalkuchi. The commission later said that the forces were forced to fire in self-defense. This time it is practically a repetition of that incident.