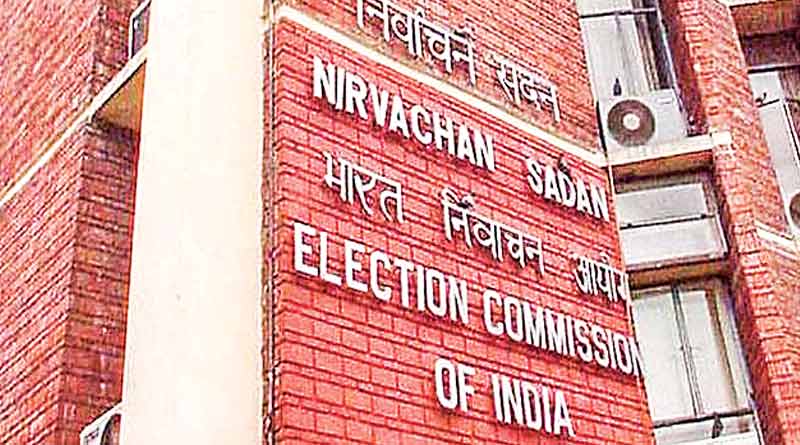 Subhankar Basu: The Election Commission has appointed another IPS officer to prevent unrest in the polls like in Nandigram. CIF Superintendent Ajit Singh Yadav was sent to assist the Howrah Police Commissionerate on the instructions of the commission. According to sources, he reached Howrah on the same day after receiving instructions. He will help the police commissioner to handle the voting in 9 constituencies in Howrah on Saturday. Earlier, IPS Nagendra Tripathi conducted the polls in Nandigram with the additional responsibility of security on the instructions of the commission. 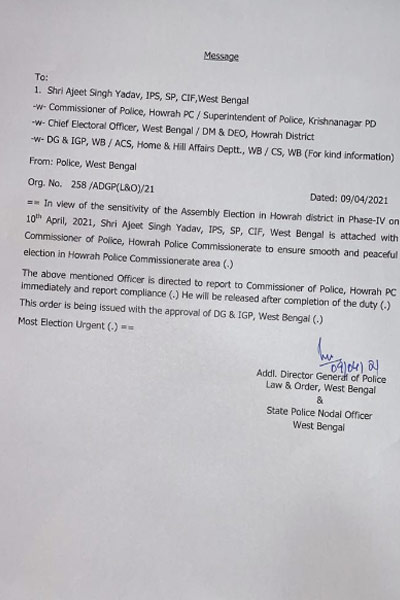 In the fourth phase, out of 44 seats in 5 districts of the state, voting will be held on Saturday in 9 centers in Howrah. Thus, various places in Howrah have been sensitive since before the election. The fate of the heavyweight and star candidates will be decided on the same day in multiple centers including Domjur, Bali, Howrah Madhya. Therefore, the commission has given special responsibility to SP Ajit Singh Yadav of CIF to monitor their security and law and order situation in the district as a whole. He will handle the security situation in Howrah for one day. Ajit Singh Yadav will assist the huge force of Howrah Police Commissionerate.

Earlier on April 1, IPS Nagendra Tripathi was sent to Nandigram by the commission to maintain law and order on polling day. This center was the highest voltage center in Ekushey polls. Nandigram was tense in the battle of Mamata Banerjee-Shuvendu Adhikari. He went there in the afternoon after getting the news of unrest in Booth No. 6 of Bayal-2. Handle the situation with a firm hand. Trinamool candidate and party supremo Mamata Banerjee complained after seeing him in the booth. Assuring the leader, the Dundee IPS officer said, “I will not allow this khaki uniform to be stained. There will be a good vote. ” At the end of the day, however, the people of Nandigram exercised their voting right safely. It is unknown at this time what he will do after leaving the post. However, considering the overall situation, the commission gave temporary responsibility to the special police observer on the election day.