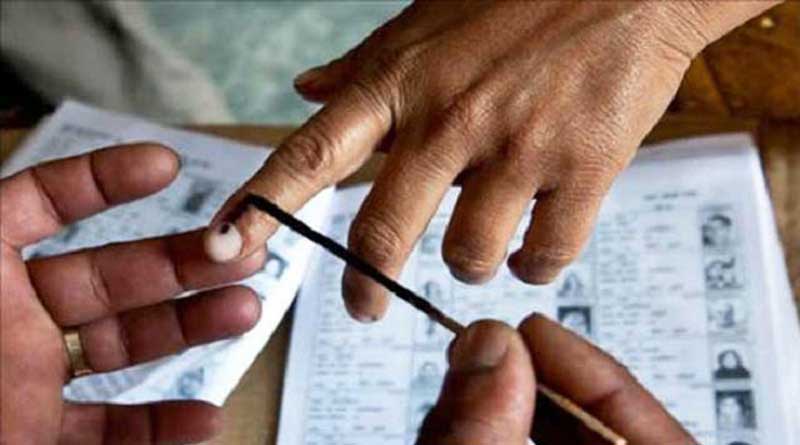 Subhankar Basu: The last April 6 vote (WB Polls 2021) was in Jangipara, Hooghly. There was a technical problem in booth number 7. That is why the State Election Commission had applied for re-election in that booth. On Thursday, the application received a positive response. According to the Election Commission, the green signal was given for re-polling after all-round trial.

On behalf of the commission, it was informed in writing that Ariz Aftab, the state election officer, had applied for re-election due to technical problems at booth No. 6 in Jangipara. He made a written request to the Delhi Election Commission today. He said that after the voting on the 8th, the CCTV of the booth was checked. But due to technical issues, the voting was not well received. He applied after seeing the scrutiny. That evening the green signal was received from the commission. It was informed in writing that there was a technical problem in booth number 6 on April 6. Therefore, re-election will be held on April 10, the day of the fourth round of voting. Voters will be able to cast their votes at the booth from 8 am to 6 pm. 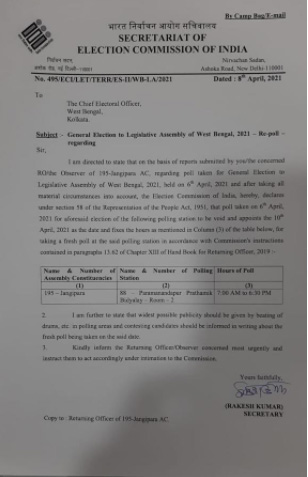 It may be mentioned that in the third phase of the polls, unrest was reported from several centers in Howrah, Hooghly and South 24 Parganas. Just as Trinamool candidate Sujata Mandal Khan was attacked in Arambagh, so was BJP candidate Tanushree Chakraborty from Shampur. The Trinamool-ISF was hot on the heels of Mograhat West and Canning East in the South 24 Parganas. Why the clashes and attacks despite the presence of the central forces? Trinamool leader Mamata Banerjee herself raised the question.

However, the polling at Jangipara Center No. 6 was peaceful but there were technical problems. That is why re-election was allowed. This is the first time a re-election is taking place in a booth until the third round of voting.