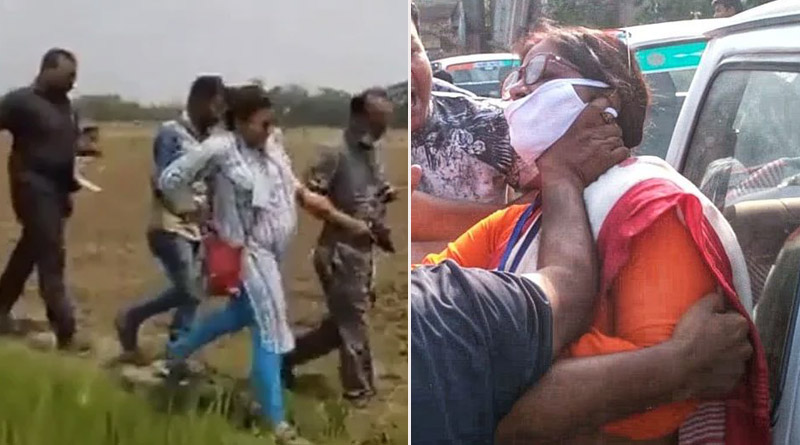 Subhankar Basu: Retail unrest on election day. Demonstrations surrounding the candidate. Surround. These are trivial incidents in the West Bengal polls. But there is not a single instance of two women candidates being attacked on the same day in the Bengal polls. The manner in which the Trinamool candidate Sujata Khan and the BJP candidate Papiya Adhikari have been attacked in the third round of elections is a source of concern for the commission officials.

That is why the commission is emphasizing on the safety of women candidates in the remaining points after learning from the third point. Sources said that instructions have been sent to the polling districts in this regard. Candidates usually get an armed security guard on polling day, regardless of gender. It is learned that after reviewing the situation, women candidates in particular have been asked to increase the number of security guards. Initially, the commission plans to increase the number of armed guards for the security of all female candidates. However, the districts have been directed to take necessary decisions to further increase the number of security guards for women candidates on the basis of sensitive areas, sources said. A female candidate can also apply for adequate security on polling day if necessary. The commission also said that the districts should take immediate action in the light of the relevant application. The districts have also been directed to inform all female candidates about the matter.

In the words of an official of the State Chief Electoral Officer’s Office, “Security is provided as and when required by female candidates. But after the third point, the commission is reluctant to take the risk. The districts have been asked to take steps in this regard. ” On the eve of the run-off election, the CPM had approached the state Chief Electoral Officer’s Office seeking increased security for Nandigram CPM candidate Meenakshi Mukherjee. The number of Meenakshi’s security guards was increased with the same quick action.