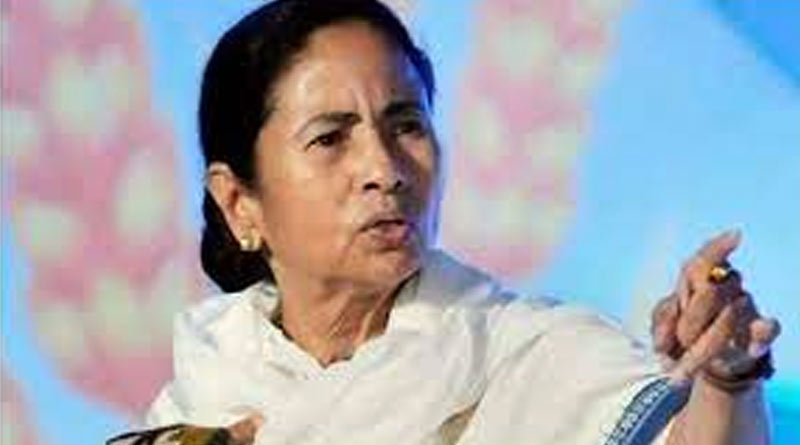 News Daily Digital Desk: Mamata Banerjee lost her temper at the meeting in Shitalkuchi due to repeated mic distractions. Although he immediately said, there could be problems. He doesn’t mind. However, his suspicion, the BJP is not behind it! Besides, the Trinamool supremo fired at Nishith Pramanik for contesting the assembly elections as an MP.

There are still five votes (West Bengal Assembly Elections). As a result, Trinamool leader Mamata Banerjee is campaigning in different parts of the state. He is currently in Siliguri. Held multiple meetings there on Wednesday. Mike was distracted several times during Mamata Banerjee’s speech at the Shitalkuchi meeting. Mike suddenly stopped. The operator also tried to solve the problem quickly. Mamata lost her temper after this incident happened three times. Addressing the operator, he asked, “Didn’t the BJP tell Mike to have a problem? How much did you pay? ” He then said, “Trying to ruin my meeting by doing all this will not work. I have a sore throat. If necessary, I can hold a meeting empty-handed. ” After that, however, Mamata Banerjee said, “There is nothing wrong with the operator. Mistakes can happen. ”

In the midst of Mike’s distraction, Mamata mocked the BJP as a liar from today’s meeting. Without naming him, he slapped Nishith. He said, “A person here became an MP by showing a false dream. This time he is contesting the assembly polls. Defeat is certain. Later the panchayat will also contest the vote. But victory will not come. You have to go to the streets and read. ” Apart from attacking the Center, he also highlighted the development projects of the state from today’s meeting. He promised that if the Trinamool won 9 seats in Kochbihar, all the demands of the residents of that district would be met.