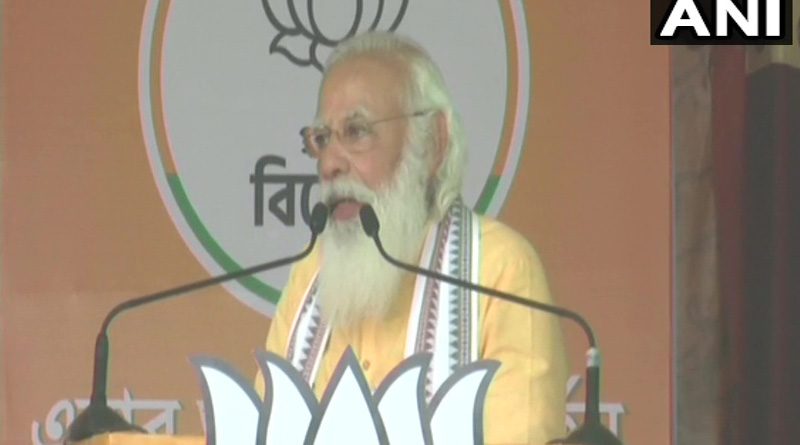 Published by: Subhajit Mandal | Posted: April 20, 2021 6:54 pm | Updated: April 20, 2021 6:54 pm Rupayan Gangopadhyay: BJP is emphasizing virtual campaign in the state of Corona. Four public meetings of the party’s all-India president JP Naddar were canceled on Tuesday to avoid public gatherings. Instead, he has met with state leaders. Emphasis should be placed on virtual promotion in Corona situations. Even if no meeting of the Prime Minister is canceled in Corona, it will have to strictly abide by the COVID-19 rules. News that no meeting is being canceled. However, instead of April 22 and 24, the plan is to hold the four meetings on April 23 in one day. Access to public meetings is being regulated. The number of people who will come to the meeting place will be allowed to enter the field without infection. The Prime Minister’s Office (PMO) has also directed to pay special attention to social distance in the rest of Modi’s meetings. Kailash Vijayavargiya, the BJP’s central leader in charge of the state, also tweeted on Monday about the directive from the Prime Minister’s Office. There will be 500 people in the meeting place, three people will be on the stage. However, what is most significant is that from these four meetings, Gerua Shibir wants to deliver the PM’s speech in a total of 69 seats in the state. In fact, on April 23, the Prime Minister will hold meetings at a center in Malda, Bolpur, Kolkata and Murshidabad. The Gerua camp plans to convey Modi’s message to the remaining 65 constituencies in the last two rounds. That is why the help of virtual media will be taken. With the exception of the four constituencies where the Prime Minister will address, Modi’s speech will be heard virtually in the remaining 65 constituencies. LED screens will be installed in different places of those assemblies. Voters will also be encouraged to listen to the Prime Minister’s speech on mobile phones. The method will be taken so that everyone listens to the meeting of the Prime Minister through social media or TV channels. In other words, those who cannot come to the field will have to listen to the speech of the Prime Minister virtually.

Will the BJP rush into their campaign because of the Corona situation? This question was being raised in the political arena. There was also speculation about what decision would be taken in the case of the rest of the PM’s meetings in the state. Because, the Prime Minister has four such meetings. Union Home Minister Amit Shah and BJP’s all-India president JP Nadda also have multiple programs in the remaining constituencies, including Kolkata, in the next few days. The BJP has decided, no more big meetings. The Gerua camp has decided to hold small meetings everywhere in the next few days. Meetings should be held in open space. Rush will be drawn in public gatherings everywhere. Sangbad Pratidin News App: Download to get the latest updates of news Like to stay in the daily news Like on Facebook and follow on Twitter. Get updates on all news LikeDownload News every day