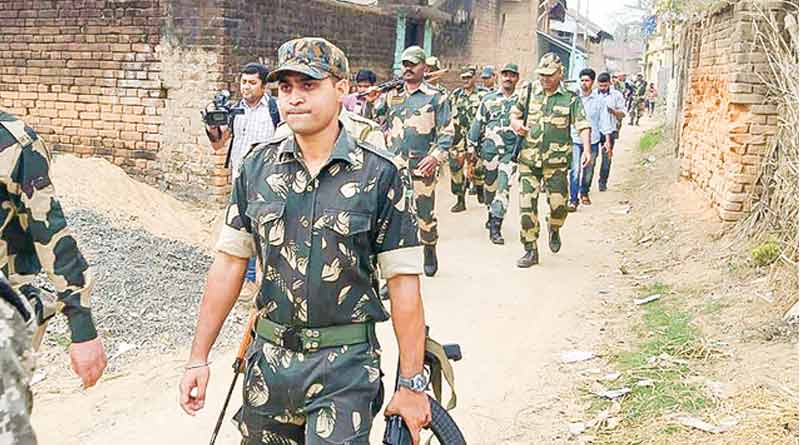 Shubhankar Basu: The vote in the state is sixth at midnight. And at this point everyone is stuck in Barakpur. This area of ​​North 24 Parganas has been in turmoil since the 19th Lok Sabha elections. Therefore, the Election Commission has appointed a special police observer for the barrackpore just 24 hours after the polls. He will only report to the commission on the Barakpur incident. It may be mentioned that in this election, one police observer has been given the responsibility of two or more assemblies.

This time the Election Commission is determined to hold a peaceful vote. So from the deployment of huge forces to web casting, from increasing the number of QRT teams to hiring multiple police observers, the Election Commission has taken multiple steps. The commission took special measures to ensure smooth voting. The commission has ‘specially listed’ some areas in this round of voting. They think there is a risk of unrest in these areas on election day. Most of them belong to the North 24 Parganas industrial area. Voting took place in 43 seats of four districts on this day. Earlier on Tuesday, Ariz Aftab, the state’s chief electoral officer, held a meeting with district governors and police superintendents. It was at that meeting that a few seats were ‘specially listed’. The list includes names in Barakpur, Bhatpara, Jagddal, Bijpur, Swarupnagar and Amdanga in North 24 Parganas. There is Chopra, Islampur in North Dinajpur. Besides, the list includes Mangalkot, Ketugram and Bhatar in East Burdwan. The names of seats like Karimpur and Nakashipara of Nadia are also in the list. In addition to the deployment of additional central forces, the number of observers has also been increased. The commission has deployed 108 central forces in the Barrackpore industrial area alone. Note that the explosion took place in Titagarh on Wednesday morning. One has died. The commission has asked for a report on this incident. There were even reports of bombings from the Bhatpara area. In the meanwhile, voting in peace is a big challenge for the commission.