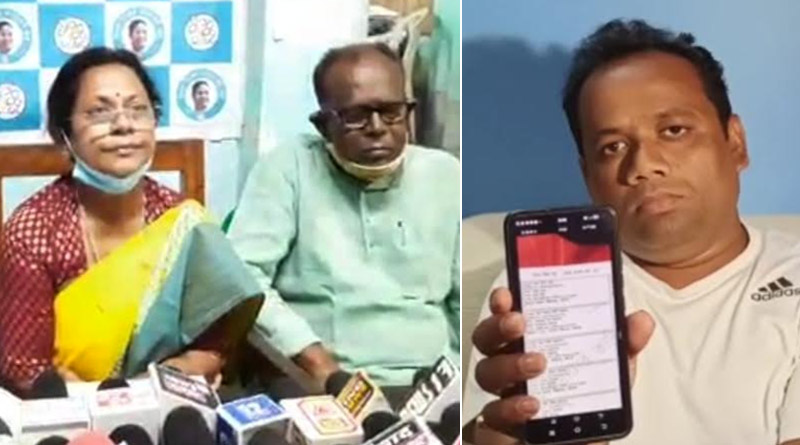 Published by: Abhisek Rakshit | Posted: April 21, 2021 8:59 pm | Updated: April 21, 2021 9:08 pm Jyoti Chakraborty, Bangaon: Assembly elections are underway in the state (WB Election 2021). The sixth round of voting on Thursday. This time the election is in the center of Bongaon Dakshin. But 24 hours before the vote, the whole area was abuzz with allegations. Opposition BJP candidate Swapan Majumder has accused the Centre’s Trinamool Congress (TMC) candidate Alorani Sarkar of being a citizen of both India and Bangladesh. Swapan Babu also lodged a written complaint with the Election Commission on Wednesday. However, the Alorani government has denied the allegations. On the other hand, he has accused Swapan Muzumdar of corruption and smuggling of gold. At present, the Alorani government lives in Bijpur. The Trinamool has made him the candidate of Bangaon South this time. However, the BJP alleges that Alorani’s hometown is in Barisal, Bangladesh. Her husband Harendranath Sarkar is a doctor in Bangladesh. Alodevi did not give any information about her husband while submitting the nomination papers. And this is the complaint of Padma Shibir.

In this context, BJP candidate Swapan Majumder said, “Trinamool candidate Alorani Sarkar is a citizen of Bangladesh. Besides, he is a citizen of India. How is he fighting for votes as a citizen of two countries? ” He has already applied to the Election Commission to reject Alorani’s candidature. However, after learning this news, Alorani held a press conference in Chandpara on Wednesday afternoon. He denied the allegations, saying: “I was born in Hughli. Study there. Instead, the educational certificate given by BJP candidate Swapan Majumder while submitting his nomination papers is fake. He is associated with various corruptions and smuggling of gold. We will inform the Election Commission about this. ” However, 24 hours before the polls, the two candidates’ counter-allegations have spread political fervor in Bangaon.