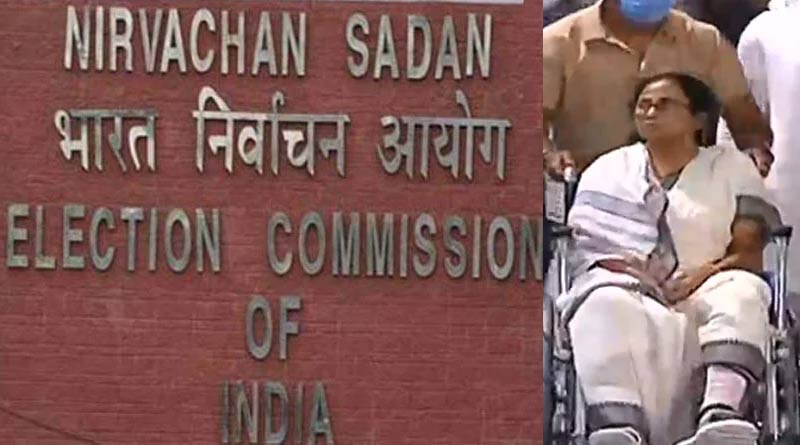 Shubhankar Basu: Chief Minister Mamata Banerjee has leaked the WhatsApp of the conversation between the police observers and the district police officers about what the commission is doing in Bengal. Made multiple allegations of conspiracy against the commission. This time the Election Commission replied to the allegation. In a press release, the commission claimed that Mamata Banerjee’s allegations were completely false, baseless and misleading. The Trinamool leader alleged that the instructions given by the commission on the arrest of ‘Trinamool goons’ were not correct. Delhi officials claim that the commission did not issue any such directive. A large section of the informed community thinks that the clash between the state ruling party and the Delhi Election Commission has escalated in response to the commission’s reversal. By bringing that information in front of the journalists, he tried to explain again how the Election Commission is acting in a biased manner. He alleged that before each round of voting, observers appointed by the commission had ordered the surveillance or arrest of ‘Trinamool Gundabahini’ and close associates of the party’s Daputa leader. He also expressed latent dissatisfaction over a section of the police. However, some in the political circles are of the opinion that the leak of this WhatsApp chat is actually a retaliatory pressure on the BJP. However, the commission also responded to his allegations within 24 hours. He said in a statement that all the allegations of the Trinamool leader were baseless. Neither the commission nor any observer or official appointed by the commission has ordered the arrest of those close to any particular political party. However, the commission has taken all possible steps to prevent unrest in order to make the Bengal vote peaceful. Similarly, on the basis of proper evidence, someone has been arrested or a case has been filed against someone under a specific section of the Indian Penal Code. The National Election Commission (NEC) has claimed in a press statement that the commission has all the lists and evidence in this regard. Sangbad Pratidin News App: Download to get the latest updates of news Like to stay in the daily news Like on Facebook and follow on Twitter. Get updates on all news LikeDownload News every day