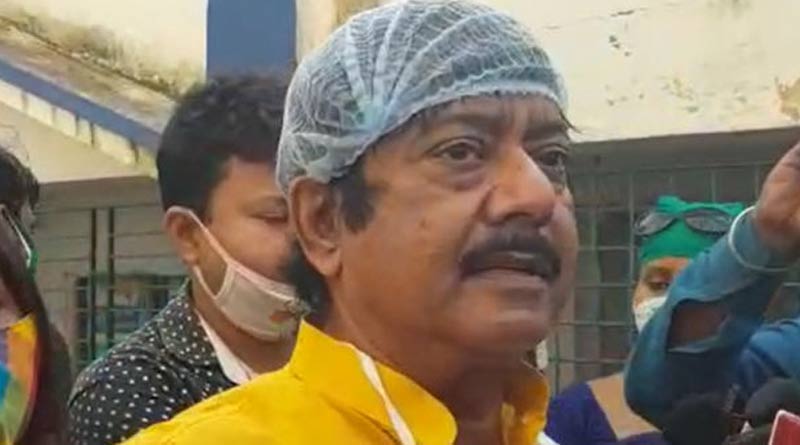 Published by: Tiyasha Sarkar | Posted: April 22, 2021 2:57 pm | Updated: April 22, 2021 3:23 pm News Daily Digital Desk: Various areas of the heated state since the morning of the vote (West Bengal Assembly Election). The same situation is in Habra under North 24 Parganas. Trinamool candidate Jyotipriya Mallick has been accusing the BJP of occupying booths since morning. Minority women accused voters of intimidating voters against the central forces. He got involved in a quarrel with the soldiers in charge of voting. He also demonstrated for a while. News of the unrest has surfaced from various booths in Habra since polling began on Thursday. Somewhere there were allegations of obstructing voters. Elsewhere, allegations were made against the central forces for influencing voters. It was also alleged that the Central Army personnel in charge of the Narayanpur school booth in the Habra assembly constituency were asking voters to vote for the BJP. It is also alleged that minority female voters were intimidated. Trinamool candidate Jyotipriya Mallick reached the spot as soon as he got the news. He got into a heated argument with the forces. He protested by blocking the road for some time. Later, the officers of the force talked to the candidate and brought the situation under control. If necessary, female police will bring voters to the booths, it was also assured.

Shortly after the incident, the BJP was accused of occupying a booth in the Ghoshpara area of ​​Habra. Jyotipriya Mallick went to the spot after receiving the news that outsiders had taken shelter in several houses in the area. He himself entered the house and brought out several people. He later got into an argument with the forces again. He contacted Habra police station by phone. After a long time the situation came under control. All in all, there is a heated debate centering on the vote. The Trinamool has already lodged a complaint with the commission. Ashoknagar is also hot since this morning. There have been allegations of massive bombings targeting BJP candidates’ vehicles. On the other hand, the Trinamool has put the central forces on the fence. They allege that the forces fired at two grassroots activists without provocation. However, the commission claimed that the allegations were baseless.