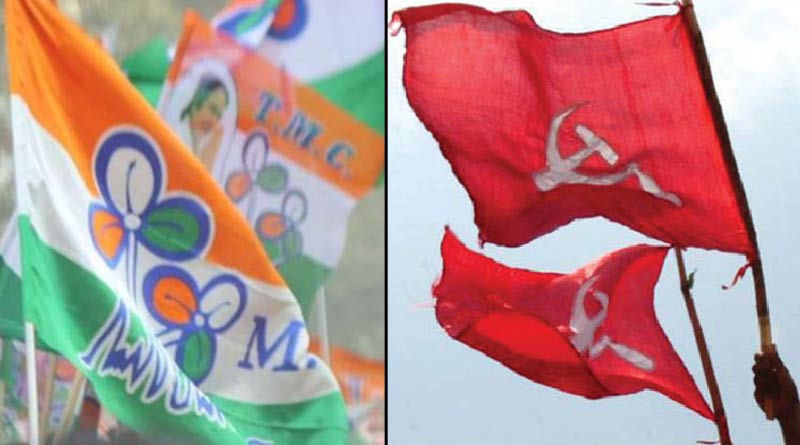 Published by: Tiyasha Sarkar | Posted: April 25, 2021 9:50 am | Updated: April 25, 2021 9:50 am Atul Chandra Nag, Domkal: Vote at midnight. Before that, Murshidabad was heated by political clashes. Several people from both sides were injured in the Trinamool-CPM clash. They are undergoing treatment at the hospital. In the last few days, various areas of Murshidabad have been heated by repeated political clashes. It is learned that CPM activists went out to campaign in Ward No. 15 of Domkal on Saturday night. Allegedly, they got involved in a quarrel with the Trinamool (TMC) workers there. Gradually it reached blows. Later they attacked each other with bamboo and sticks. The area virtually takes on the appearance of a battlefield. A total of 5 people were seriously injured. Upon receiving the news of the unrest, a large police force went to the spot. They were also beaten. After a long effort, the police brought the situation under control. Tomorrow, the seventh round of voting in the area, before the incident naturally spread panic among the locals. The forces have been deployed anew so as not to spread tension in the area. It is learned that two of the injured CPM workers were admitted to Behrampur Hospital as their condition was critical.

It is to be noted that news of unrest has come out from different parts of the state during the voting season. Somewhere the grassroots have been attacked, somewhere the BJP and somewhere the CPM. Blood is flowing. There have also been fatalities. The role of the commission is naturally in question in such incidents.