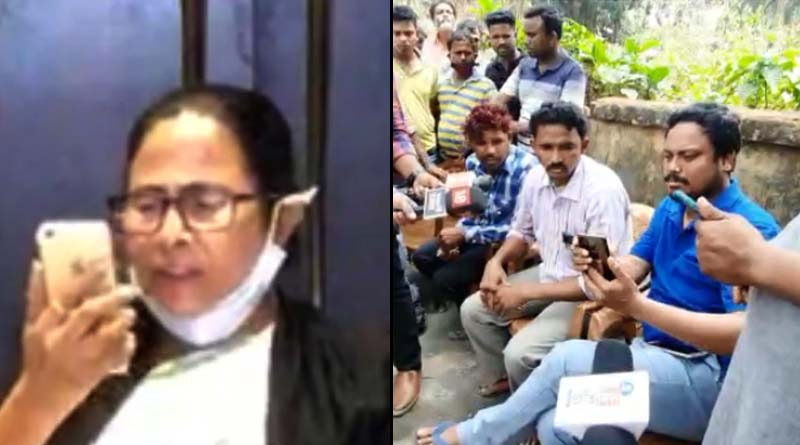 Vikram Roy, Kochbihar: Mamata Banerjee reached Siliguri on Saturday afternoon after receiving the news of the death of four grassroots activists in the firing of the central forces in Shitalkuchi. He was supposed to go to Shitalkuchi on Sunday. However, the commission has been forced to change its decision due to the ban. That is why the Trinamool supremo spoke to the families of the dead in a video call from a press conference this morning. Assured to stay by his side. He also said that he will go to Shitalkuchi on April 14 and try to meet the family members of the deceased. Mamata called the incident a genocide.

The Trinamool supremo held a press conference in Siliguri on Sunday morning. From there he sharply attacked the commission and the BJP. He said, “MCC (Model Code of Conduct) has now become BCC i.e. BJP Code of Conduct. I wanted to go to Shitalkuchi. But was prevented. But I can’t be stopped like this. I will come to North Bengal again on the 13th. Let’s go to Shitalkuchi. I will meet the family of the deceased. ” He also alleged that the BJP and the commission were trying to suppress the truth. He also taunted the Prime Minister and the Home Minister for being incompetent.

In a video call, Mamata spoke to the families of the dead. He then said that funds would be created on behalf of the party. Everyone will pay 100 rupees. That money will be handed over to the families of the dead and injured. The state cannot help during the vote. That’s why the state has asked the commission for permission to help. He also said that he will be informed about it later.