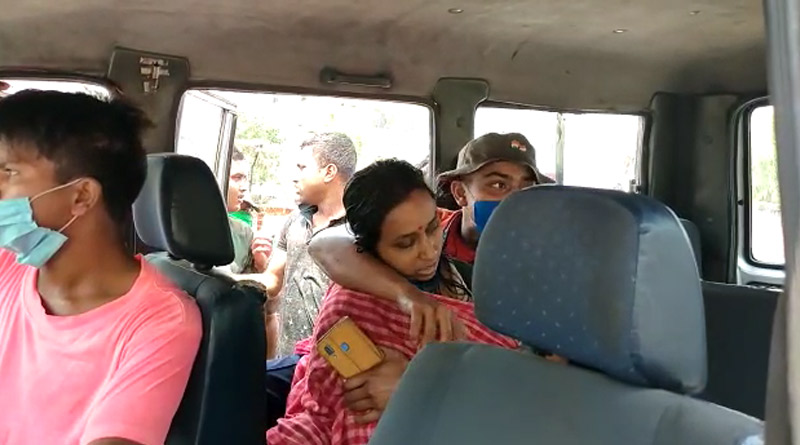 Published by: Abhisek Rakshit | Posted: April 25, 2021 5:15 pm | Updated: April 25, 2021 5:15 pm Shekhar Chandra, Asansol: A female voter died after falling ill at the EVM distribution center while taking charge of the polls. The tragic incident took place on Sunday at the DCRC center of Asansol Engineering College. The deceased was identified as Anima Mukherjee, 45. His home is in the Gurudwara area of ​​Rupnarayanpur. But while distributing EVMs and VVIPs, he suddenly fell ill. Allegedly, there was no medical team at the DCRC center at this time. Animadevi was lying there for a long time due to shortness of breath. Later, other voters arranged a vehicle and sent him to Asansol District Hospital. But after taking him there, the doctor declared him dead. It is learned that the deceased Anima Devi does not live with her husband. He also has a son of class nine. This incident has cast a shadow of mourning over his home.

On the other hand, the rules of social distance in Belagam Corona are practically dusty at the DCRC Center i.e. EVM distribution center in Asansol. At Asansol Engineering College, it was seen that thousands of voters were marching to the polling booths realizing their responsibilities. In this situation, the voters are in ultimate panic. Their complaint is that the Kovid protocol is not being followed here. They were not given the corona kit they were supposed to give. It is feared that 14,000 polling workers of the district may be affected as soon as the polls are over. However, the voters blamed the final mismanagement of the district election officials for this situation. It is to be noted that 619 booths have been increased in the district keeping in mind the Corona infection. In the last election, there were 2,446 booths in West Burdwan. This time it has increased to 3085. Even the booths that used to have 1,200 or more voters have now been reduced to 1,050 voters. The Election Commission has taken this decision keeping in mind the distance rules. But the EVM distribution center of the voters complained that the distance rule was not followed.