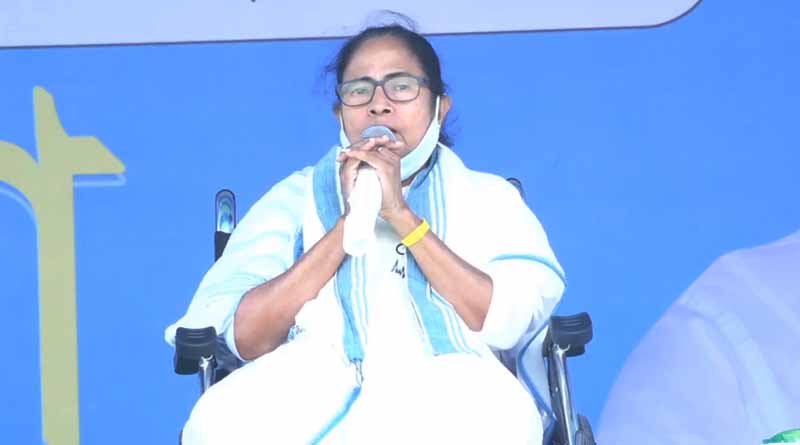 Published by: Tiyasha Sarkar | Posted: April 22, 2021 3:48 pm | Updated: April 22, 2021 3:48 pm News Daily Digital Desk: Mamata Banerjee again warns the central forces. Regarding the allegation of firing in Ashoknagar, he said, “If you shoot, we will take legal action.” Union Minister of State and BJP candidate from Tollygunge Babul Supriyo stood on the ground in Asansol and the assembly polls in Bengal began at the end of March. The sixth round of voting is going on today, Thursday. Elections in Asansol North and Barabani constituencies will be held on April 28 in the seventh phase. Earlier on Thursday, Trinamool supremo Mamata Banerjee held a meeting in the area. There he questioned the role of the central forces. Regarding the allegation of firing on grassroots activists in Ashoknagar, he said, Two were hospitalized. I am telling the forces to follow the rule of law, otherwise we will file an FIR and take legal action. ” After that, Mamata scoffed at the army and the BJP, saying, “The army can cause trouble in one or two places. Even if BJP gets a few seats with them, it will never be able to win in Bengal. “The BJP will not get more than four to five seats in the sixth round of elections,” he said.

On this day, standing on the ground of Asansol, he took Babul Supriya with one hand. Leaving Asansol and becoming a candidate from Taliganj, he said sarcastically, “The one who won the Lok Sabha election left you and fled to Taliganj in the middle. I respect the artists. But I have never seen a liar like him. ” Speaking on the occasion, Mamata said, “Everything that needed to be done in the interest of the people of the state has been done.” This time just say goodbye to the rest of the BJP. The Trinamool leader is one hundred percent sure that the BJP will not get the responsibility of Bengal in any way. It may be mentioned that in the sixth phase voting is taking place in Ashoknagar constituency of North 24 Parganas. Trinamool candidate Narayan Goswami alleged that the forces fired at two activists without provocation. Sangbad Pratidin News App: Download to get the latest updates of news Like to stay in the daily news Like on Facebook and follow on Twitter. Get updates on all news LikeDownload News every day