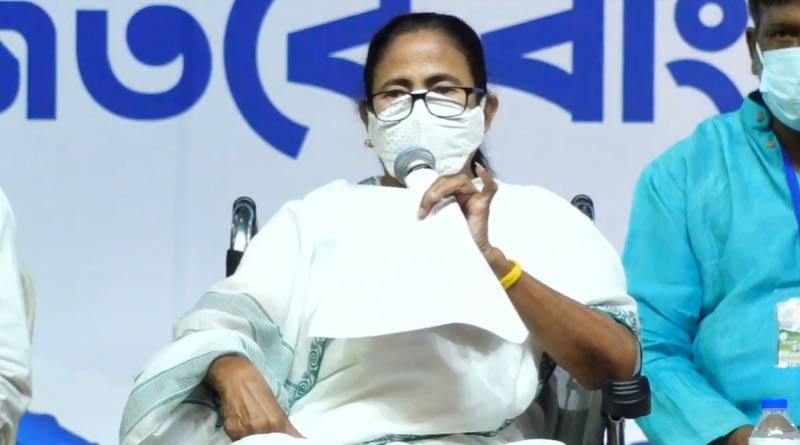 Published by: Tiyasha Sarkar | Posted: April 25, 2021 1:42 pm | Updated: April 25, 2021 2:15 pm News Daily Digital Desk: “Commission is biased”, Trinamool has been complaining since the beginning of the election. On Sunday, Mamata Banerjee alleged that the police were intimidating everyone by going from house to house on the instructions of the BJP and the commission. “The grassroots have no choice,” he said. We will win. So there is no reason for grassroots workers to be afraid. I will file a case after winning. ”The commission has banned large gatherings due to Corona. That is why Mamata is doing the seventh-eighth point campaign virtually. The Trinamool leader held a virtual meeting from Bahrampur on Sunday. From there, he slammed the commission and the BJP. He alleged that the commission was providing security to the BJP leaders on the instructions of Amit Shah. Mamata alleged that the soldiers of that force were going to everyone’s house in West Burdwan and threatening them. He also targeted the Center and the BJP for the Corona situation in the state.