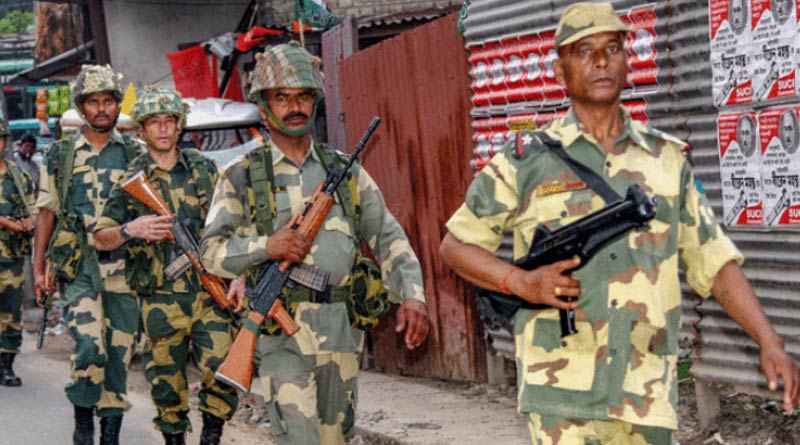 Sourav Maji, Burdwan: Linguistic problems with the central forces are causing complications. The Trinamool Congress (TMC) has demanded the appointment of a mediator to address the issue. Ajay Naik, Special General Observer of the Election Commission, held an all-party meeting at the Circuit House in Burdwan on Thursday. This is where the RG was informed on behalf of the Trinamool.

He spoke separately with representatives of the Trinamool Congress, the United Front and the BJP. It is learned that the necessary steps for holding peaceful elections were discussed with the representatives of all the parties. Ujjwal Pramanik from Trinamool Congress was present at the meeting. He said, “The local people often do not understand the language spoken by the Central Army personnel during the route march. As a result, misunderstandings are being created. ” He told the Observer that an arbitrator should be appointed on the day of the election to prevent this problem. He also praised the state police for holding peaceful polls.

On behalf of the United Front, CPM leader Apurba Chatterjee said that the instructions given by the Chief Minister to his cadres to surround the CRPF jawans at a public meeting yesterday and cast their votes were against the election rules. A written complaint from the United Front has been reported to the Observer. He said, “Past experience has shown that the general administration and the police administration are biased. I requested that the matter not be repeated. ” Vote towards the end of East Burdwan. Therefore, it is necessary to ensure the entry of people from outside, he said. On behalf of the BJP, Nabakumar Hazra said, “The Observer spoke to all parties separately. We have reported the obstruction of the BJP’s campaign in various places. Necessary discussions have been held today to hold fair elections. ”