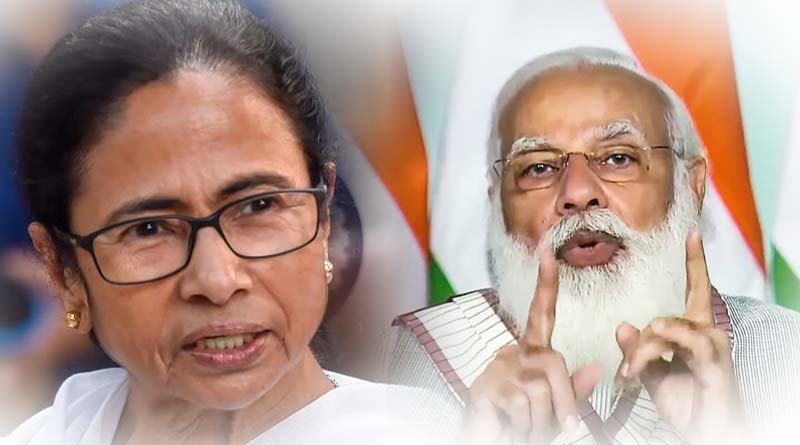 Published by: Tiyasha Sarkar | Posted: April 23, 2021 1:43 pm | Updated: April 23, 2021 1:45 pm News Daily Digital Desk: Mamata Banerjee slammed Narendra Modi from a virtual election rally in Corona situation. He said sarcastically, “Handle the situation without just giving a speech.” The Trinamool leader also blamed the commission for the Coronavirus graph. Considering the Corona situation, the Election Commission has banned large gatherings, processions and road shows. Mamata Banerjee has canceled all the meetings after receiving that instruction. He held a virtual public meeting from Asansol on Friday. There Mamata took Modi by the hand. He said, “BJP is busy to occupy Bengal. And putting the state in crisis. The Prime Minister did not do so even though the WHO had long ago asked for adequate action after announcing the second wave. Didn’t even tell anyone. He just gave a speech. ” The Trinamool leader quipped, “You don’t just have to give a speech, handle the situation.” “This situation was created while working for the BJP,” he told the commission. I have applied many times to finish the rest of the election in one go. But the commission did not agree. At the end of the day, the campaign was canceled yesterday, it could have been done earlier. ” To the tune of Abhishek Banerjee, Mamata also claimed that the commission had banned the campaign because of the cancellation of Modi’s meeting.

Modi is meeting the chief ministers on Friday to discuss the situation in Corona. Mamata also said that she was not invited there. He said, “I would have joined if I had been invited.” Mamata also fired at the police for firing on the vote from today’s meeting. He said, “Some people are firing on the way to the police force, it will not work like this. There will be an investigation. ” Besides, he assured the people of Asansol from the virtual meeting that he would go and meet everyone as soon as the vote is over.