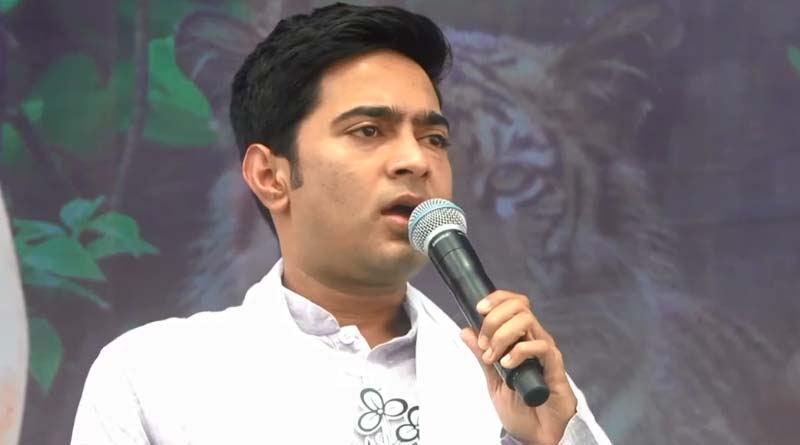 News Daily Digital Desk: “When the Trinamool comes to power, there will be a full investigation into Shitalkuchi first,” said MP Abhishek Banerjee from an election rally in Minakhan. “No matter how big the head is, no one will be let go,” he challenged. Tulodhona did the BJP.

Four grassroots activists were killed in Shitalkuchi on Saturday. State-politics is in full swing in the incident. Chief Minister Mamata Banerjee has directly blamed Amit Shah for the incident. He alleged that the central forces on duty at the behest of the Home Minister were torturing the common man. He also alleged that the shots were fired on Shah’s instructions on Saturday. Virtually the same tune is in the throat of young Trinamool president Abhishek Banerjee. Blaming the whole incident against the BJP, he said from the Minakhan meeting, “A full investigation into the Shitalkuchi incident will begin after the formation of the Trinamool government on May 2. No matter how big the head is involved, no one will be spared. Everyone will be dragged forward. The accused must be punished. ”

Abhishek wrote on Twitter shortly after the death of four youths in Shitalkuchi on Saturday, “Five people from Kochbihar were shot dead by the central forces on the morning of the polls. Amit Shah, is this the golden Bengal that you are talking about? Abhishek tweeted on Sunday about the ban on entering Shitalkuchi. He writes, “You can stop Mamata from meeting people. But how do you get rid of him? ”

EC’s servitude towards narendramodi & @AmitShah is now disgustingly vulgar. BJP’s lust for power has blinded them. At least, EC can PRETEND to be impartial!AMamataOfficial can be stopped from meeting her own people for 3 days but how will they take her out from people’s hearts?